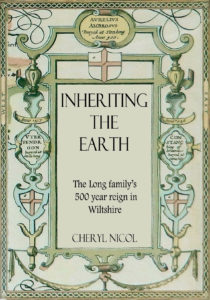 Despite what Wikipedia and other published sources would have us believe, it was actually a Wiltshire man, Richard Long of Lyneham, who first alerted authorities to the existence of the infamous Gunpowder Plot.

This long-buried piece of information was discovered by author Cheryl Nicol while researching for her book on the Long family.

The Calendar of the Cecil Papers, (Volume 18, 1606) states that Richard Long had travelled to St Lucar, Spain, to buy merchandise for a business venture with his cousin Henry Coxwell. He learned of the plot-hatching while visiting the house of a newly-arrived Englishman named Thomas Dedham, in September 1604.

Being the staunch Royalist that he was, Richard dropped everything and hot-footed it back to Wiltshire, determined to tell what he had heard – although given the transport options in the 17th century, this wasn’t nearly as fast as he would’ve liked.

Sir Thomas Snell, JP and former high sheriff, was all ears when Richard banged on the door of his house at Kington St Michael and spilled the story about ‘certain English gentlemen to the number of 9 or 10’ who had been at Dedham’s house discussing their plot to blow up Parliament. He knew one of the men was named Percy, and that the ‘principal doer thereof’ was a great nobleman presently locked up in the Tower.

It was mid-January 1605 by this time, and Snell, who happened to be married to Richard’s cousin Ann, put it all in a letter to the Privy Council, which they both signed. As a matter of some urgency, it was likely dispatched on horseback to London with Snell’s most trusted man.

Hopeful he had foiled the dastardly plot, Richard returned home to his medieval moated manor house, Lyneham Court, situated on an estate bestowed by royal grant in 1541 to his great-grandfather Sir Henry Long of Draycot, a prominent courtier and good friend of both Henry VIII and his chief henchman, Thomas Cromwell.

But, according to the official UK Government website, “although the government had an inkling of a plot, the first clear intelligence came with the anonymous warning given to a Catholic nobleman, Lord Monteagle, that he should not attend the opening of Parliament on 5 November.”

Richard Long’s intelligence to the Privy Council ten months earlier, together with the name of one of the conspirators, Thomas Percy, seems not to have aroused enough alarm at the time to warrant an investigation.

Parliament had been due to resume in February, but because of concerns about the plague it did not return until October, allowing the plotters time to bolster their ranks and perfect their plan.

However, as a result of the warning to Lord Monteagle, it was another Wiltshire man, Sir Thomas Knyvet, employed as keeper of the Whitehall and Westminster Palaces, who made the arrest of Guy Fawkes on November 4th during a search of Parliament’s cellars.

The words “I told you so” – or their 17th century equivalent – may well have crossed Richard Long’s mind.

Two days after the plot failed, Thomas Percy and Robert Catesby were reportedly killed in a firefight by the same musket ball when the Sheriff’s men went to arrest them, holed up with the rest of their fellow-conspirators at Holbeche House in Staffordshire. The other plotters were put on trial and executed.

Holbeche House today is a private nursing home, but like so many other sprawling and decaying monuments to long-gone wealth and status throughout Britain, Lyneham Court was demolished, in this instance, by the RAF in 1939 to make way for an airfield.

Luckily Richard had been dead exactly 300 years by this time, otherwise he might’ve had a few words to say about that, too.

This is just one of many fascinating backstories to history in Cheryl Nicol’s book, Inheriting the Earth: The Long Family’s 500 Year Reign in Wiltshire, described by The Wiltshire Archaeological and Natural History Magazine as “informative, impressive and praiseworthy, and a most important addition to published sources for Wiltshire”.