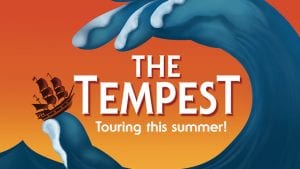 The Lord Chamberlain’s Men, the UK’s premier all male theatre company, invite you to join them at Bowood House & Gardens on Saturday 16th June for Shakespeare’s spellbinding masterpiece, The Tempest. Begin your evening by wandering through the Italian inspired terrace gardens in front of the beautiful Georgian House, with the summer roses providing a profusion of fragrant blossoms. Make your way to the East Lawn, next to the herbaceous border overlooking the mile long lake and Doric Temple. Quite the backdrop to enjoy a summers picnic and watch an enchanting performance of one of Shakespeare finest plays. Located on the East lawn of Bowood House. Sat 16th June 2018, 06:30pm to 10:00pm.

“We are such stuff as dreams are made on”

The Lord Chamberlain’s Men, in their fourteenth successful year, are touring Shakespeare’s spellbinding masterpiece The Tempest – a play of soaring poetry, high comedy and tender love.

This summer the hugely popular company are premiering their show at the prestigious Brighton Festival, before heading off on a tour around the UK that takes in the most significant, historically important and visually stunning castles, cathedrals and stately homes, finishing their tour in mainland Europe in September. With audiences encouraged to bring picnics, a chair or a blanket and a glass of something chilled this show promises to be another authentic, excellent and magical treat from the company that brought you last year’s riotous farce The Comedy of Errors.

Shakespeare’s late, great gem, widely believed to be the last full play he wrote alone, examines the power of true love, our capacity for vengeance and what it takes to forgive. A play that has mesmerised and moved audiences for over 400 years is just as relevant and powerful today.

“Be not afeard; the isle is full of noises,

Sounds, and sweet airs, that give delight and hurt not.” Peter Stickney, Artistic Director, says, “With some of Shakespeare’s most memorable speeches and packed with famous characters – from the elemental and ethereal Caliban and Ariel to the comic clowns Trinculo and Stephano and the enchanting force that unites them all, Prospero – The Tempest is a spectacular play and will make fantastic viewing for a summer’s evening. A truly theatrical play like this, set outdoors and in our trademark style bursting with song and magic makes for an evening not to be missed!”

With Authenticity, Excellence and Magic being the watchwords of the company we can expect another summer treat as The Lord Chamberlain’s Men bring their own special brand of all male Shakespeare to a venue near you. Be sure to catch this brilliant company perform Shakespeare as it would have been; all male, in the open air and in full Elizabethan costume with traditional music and dance. This is undoubtedly one of the hottest tickets of the summer; book early to avoid missing out!

For further information, please contact:
Peter Stickney, Artistic Director of The Lord Chamberlain’s Men on 0208 852 5761 or info@tlcm.co.uk or visit www.tlcm.co.uk

A brief plot synopsis…
Prospero, the usurped Duke of Milan, and his daughter Miranda after being cast out from their home are washed up on a distant, mystical island. 12 years later his enemies are blown off course towards them. Using his powers of magic he raises a tempest to shipwreck them on the island. After being left to plot his revenge for years he finally has the chance to exact it. But will he?

Looking for advertising in Wiltshire? Read more about our adverts and services here.