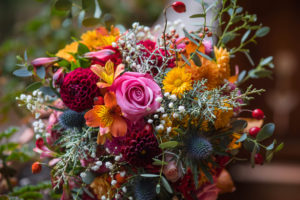 ‘There’s rosemary, that’s for remembrance . and there is pansies.  That’s for thoughts . .’

Ophelia’s speech from Shakespeare’s Hamlet is recognised by most people and this excerpt clearly defines the meaning behind certain plants.  However, the speech continues and the allusions created by the writer are largely lost to the modern reader.  An Elizabethan audience would have readily understood all the hidden meanings and their intimations, as the language of flowers was a common method of sending messages in those days.

Victorians took the graceful symbolism embodied by specific flowers to new levels and sent coded messages to each other under the watchful eyes of strict parents and social rules.  Rigorous Victorian propriety meant sweethearts needed to send secret and subtle messages to one another.

A sprig of mimosa passed surreptitiously to someone would let them know they had a secret admirer.  The the full scale of these veiled communiques could begin.  The gentleman may have sent his favoured lady a posy of white camellias, purple lilac, mountain ash, ferns and sweet William, which translate (in order) as

‘you are perfectly lovely, I am falling in love.  You are safe with me, I am sincere and discreet.  Please grant me just one smile!’  The recipient could immediately indicate her response by either putting the flowers to her lips, implying yes, or more devastatingly for the man, she may pull a petal off a flower and drop it, meaning no!.

Alternatively, she could respond with a bouquet expressing her feelings with carefully chosen blooms, Jonquils, rose leaves and honeysuckle translate as ‘I return your love.  Keep your hopes alive but I will take time to answer’  Perhaps she had reservations so instead sent lavender and pink larkspur; ‘I don’t trust you as I think you may be fickle’.

Nowadays the only floral messages we readily recognise are the red roses dutifully sent to declare our love and the Remembrance Day red poppies.  As well as being a symbol of remembrance the poppy is also a symbol for sleep.  Red poppies flourish on the churned up battlefields of Europe after the Napoleonic and First World Wars so are very poignant as a tribute to fallen soldiers.

Regardless of the language of the flowers you decide on as a fit for someone, the fact you take the time to carefully select a beautifully constructed bouquet from a good florist speaks volumes to the recipient.  Giving flowers is such a personal and touching gestue that it makes sense to go out of your way to choose something really special.

Imagine the message you are sending if you just grab a random bunch of wilting flowers from the nearest garage forecourt at the last minute.