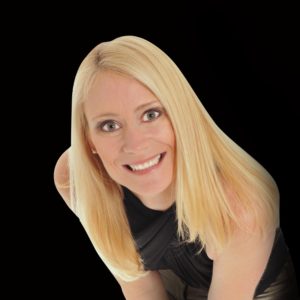 Sienna Sky from Malmesbury has taken her love of dance to the extreme by writing and recording her debut download single, Hypnotised (By The Beat), which she describes as her ‘hymn to rhythm’.

Sienna was inspired to compose the electronic dance track after spending years dancing as a pastime and as a career: “The lyrics and the tempo of ‘Hypnotised’ are a real reflection of how dance has changed my life. Not only has it been my passion since I was a little girl, but it’s also a wonderful occupation, a great way to keep fit and a brilliant opportunity to make new friends. Now the whole thing has snowballed and the new song is taking my life in a completely new direction.”

The new single has been produced by well-known Wiltshire broadcaster and composer, Dan Chisholm: “The challenge with ‘Hypnotised’ was to produce a track which would best highlight a very catchy pop song, but one which would make people want to dance. We chose a tempo (126 bpm) commonly used by producers of electronic dance music, but resisted overloading it with heavy synthesised sounds and technology. I wanted a fresh sounding track, so I added acoustic and electric guitars which wouldn’t usually feature in electronic dance music.”

The track was mastered at the world-renowned Abbey Road studios in London, made famous in the 1960s by The Beatles. Looking after the recording was Britain’s leading mastering engineer, Geoff Pesche, who has helped create albums and singles by international artists such as Kylie Minogue, Coldplay, Basement Jaxx and The Shires.  Now Sienna is hoping a little of that musical magic will leave a new generation entranced.

Hypnotised (By The Beat) by Sienna Sky can be downloaded on iTunes.