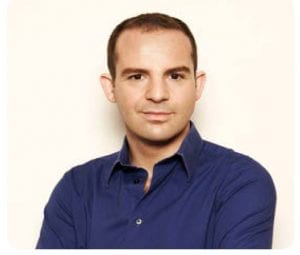 The biggest single personal financial risk in 2017 is that mortgage rates will rise rapidly.  This isn’t primarily about UK base rates, set by the bank of England, it’s far more about the City’s long term prediction of interest rates – which new cheap fixed and long term variable rate deals are set based upon.

Mortgage rates are near all-time historic lows and have been for a couple of years, and we’ve got used to that. Yet there is a plausible chance that 2017 is the year that will change.  We’ve already seen some cheap deals such as HSBC’s 0.99% two-year fix being pulled. The five-year swap rates have increased from 0.35% back in September to 0.9% now – and we’re already seeing longer fixes start to get more expensive on the back of this.

Of course, there’s no certainty here. Yet UK rates are so cheap that even if things reversed and they dropped again, the likely gain to mortgage holders would be limited. But if they did rise, the cost could be huge. The savings available right now can be huge, like Kperat’s who emailed: “Fixed at 1.24% for 2 yrs, reduced term to 13 yrs without paying much more a month. Will be saving about £20,000 even after fees. Thanks.”

So, this is my clarion call for ALL mortgage holders, to check NOW if you’re on the cheapest deal, and, if not sort, it. Here’s what to do to find your cheapest deal.

How much could I save?
If like many people, you’re on your lender’s standard variable rate (SVR) – the default rate most fixes and trackers revert to when the intro deal ends – then the savings can be huge.   Most SVRs are at 4% or higher.  Yet the cheapest two-year fix is just 1.2% (you’ll need a top credit score and it’s got a big fee). Five-year fixes start at around 1.8%. All, of course, depend on how much of your home’s value you’re borrowing.  So, someone moving a £150,000 mortgage from 4% SVR to a two-year fix at 1.2% would save £4,000+ over two years, even after fees.

Quickly find what deals are available
For an easy benchmark of what’s available in your circumstances, start with a comparison site that includes all deals, including ‘direct only’, which aren’t offered by brokers. Full market comparisons include my own www.MoneySavingExpert.com/mortgagebestbuys, and www.totallymoney.com’s mortgage tool.

The days when lenders would fling out deals to all and sundry are long gone. Getting accepted is now the challenge. There are two key elements to this:

Use a mortgage broker to match your situation to a top mortgage.

The information about what different lenders are looking for isn’t available to the general public. But it’s something that most mortgage brokers have – and, of course, their job is to find you the best product. So, they’re a good way to work out what the best deal available to you is. Yet do ask if the broker will check all deals available to them and not just a panel of lenders. Also, check how much it will cost and use a qualified one. Some phone-only brokers such as www.LandC.co.uk are fee-free. If you want face-to-face help, ask friends for a local recommendation or find one via www.unbiased.co.uk or www.VouchedFor.com.

The smaller your mortgage, the bigger the impact of fees. A good way to compare mortgages is to divide the fee across the discount or fixed period. So, a £1,200 fee on a two-year (i.e., 24-month) deal is £50 a month. Then add that to the monthly repayment.

I designed a “Total Cost” tool that does this automatically for you within the www.MoneySavingExpert.com/mortgagebestbuys comparison.

A fix’s advantage is you get price and budgeting certainty that the rate won’t move for a set time, whereas variable deals move with the UK interest rate (and sometimes just on the provider’s whim). Generally, you pay a little more to fix, but not much.  Ask yourself how much you think rates will rise over the period. If safety’s what’s important to you, err on the side of fixing, and fixing for longer. Right now, with fixed deals being outrageously cheap, it’s great time to do it.

Got savings? They could get you a better mortgage

Martin Lewis is the Founder & Chair of Money Saving Expert. To join the 12  million people who get his Martin’s Money Tips weekly email, go to www.moneysavingexpert.com/latesttip