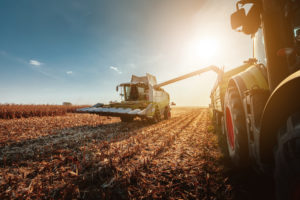 The UK’s food security and its dependence on nature and a stable climate was in the spotlight at this month’s farming conferences. The Oxford farming conferences followed closely after the UN biodiversity summit in Montreal, Canada (COP15) at the end of last year.

At COP15, the UK signed up to the international agreement to protect 30% of land and sea for nature by 2030. A 50% reduction in the risk from harmful chemicals by 2030 was also agreed. As custodians of more than 70% of the UK countryside, and 80% of land in Wiltshire, farmers will play a crucial part in achieving these targets. But the Wiltshire Wildlife Trust is calling on the UK Government to urgently provide the support needed by farmers to embrace sustainable and regenerative farming approaches and to break the cycle of using pesticides and fertilizers.

Wiltshire Wildlife Trust’s CEO, Gary Mantle, attended the Oxford Real Farming Conference at the beginning of January, which connects people in the UK who want to transform the food and farming system:

“The atmosphere at the conference was very encouraging. It is clear that an agro-ecological approach to farming is becoming much more mainstream, and I was really encouraged by the number young people coming into farming. It was inspiring to hear how more farmers are looking for creative ways to respond to the nature and climate crisis. There were many examples of farmers restoring nature on their land and capturing more carbon whilst still producing good quality food. From creating hedgerows and planting trees to introducing flower-rich grass areas on the edge of fields, nature friendly farming is already happening across the country, but more support is needed to make landscape scale change.”

The mood amongst delegates was a mixture of hope and frustration against the backdrop of recent Government announcements on the post-Brexit Environmental Land Management (ELM) schemes intended to support farmers. At the Oxford Farming Conference on 5th January, Farming Minister Mark Spencer announced.

“Whilst it is encouraging that the Government is engaging with the farming community and recognising the crucial part farmers can play in nature’s recovery, the agri support payments announced are nowhere near enough to meet the UK’s commitments to protect 30% of land for nature and halve the risk from harmful chemicals.

“A scheme which was meant to be simpler, with less paperwork for farmers, now requires £1000 to cover administrative costs, which will reduce the money to spend on actual enhancements. And with no increase in the overall budget for environmental improvement on farmland, we are concerned that these cash incentives will be to the detriment of more ambitious landscape scale projects crucial to nature’s recovery – and to sustainable food production.

“We want to see more support for farmers to enable them to transition to an Integrated Pest Management system with less reliance on harmful chemicals such as pesticides and artificial fertilizers. With appropriate support, Integrated Pest Management could become the mainstream approach. This would be very good news for butterflies, bees and other invertebrates which have decreased dramatically in recent years.

“We are concerned about the slow progress and the continued lack of clarity for farmers wishing to take part. We look forward to hearing more details from the Government soon and hope for an increase in the investment in these schemes, which is needed to meet the country’s nature recovery targets.”

This site uses Akismet to reduce spam. Learn how your comment data is processed.