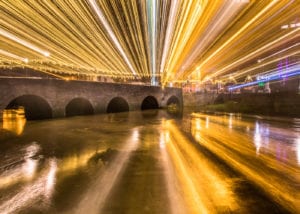 Bradford on Avon’s U3A Photography Group, made up of thirty-three OAPs, will be exhibiting their photographs at the West Barn (adjacent to the famous Tithe Barn) during the weekend of 28 and 29 September. The Barn will be open from 10am until 4pm each day.  There is no entrance fee and you will be able to buy  the framed photographs  at a very modest price of between £20 and £40.

Said Jon Durrant, who runs the group’s monthly meetings, “Since we formed the  group in 2013, the standard of photography has improved beyond all recognition and our enthusiastic members are now taking some outstanding photographs, which fully deserve to be seen. We held a similar exhibition in 2017 and it was a tremendous success, but I see no reason why this year it shouldn’t be even better.”  “Why not come along and judge for yourself,” he added.

A spokesman for the group said that to offset the expense of holding the exhibition they were lucky enough to get some generous sponsorship from the BoA Arts Association, BoA Town Council, Browns Hardware, Davies and Davies Estate Agents, Travel Options 4U, and Il Ponte Restaurant. However, to make up the short-fall the group will be holding a raffle with some very exciting prizes including  tickets for The Theatre Royal, Bath;  tickets to visit the American Museum, Bath; a signed framed photograph of Jayne Torvill and Christopher Dean; a bottle of malt whiskey; ‘Who Do You Think You Are’ a family member researched back to 1840; tickets to the Wiltshire Music Centre, and a voucher to spend at London Camera Exchange.